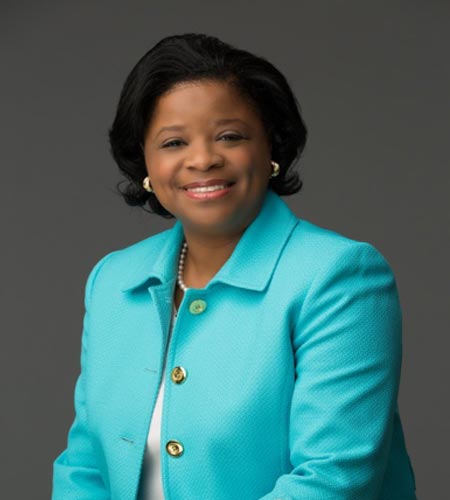 Shan Cooper is the executive director of the Atlanta Committee for Progress. The mission of the ACP, founded in 2003, is to provide leadership on key issues related to economic growth and inclusion for all Atlanta residents. The committee includes more than 40 chief executive officers, university presidents, and civic leaders who offer expertise in service to Atlanta and its future development.

Cooper is the former chief transformation officer of WestRock and was responsible for the Recycling and Waste Services Division, Procurement, Enterprise Logistics, and Information Technology. Prior to joining WestRock, Cooper served as vice president and general manager of Lockheed Martin Aeronautics Company.

As general manager, she was responsible for employee operations in Marietta, Georgia; Meridian, Mississippi; and Clarksburg, West Virginia, for the company that designs, produces, modifies, and maintains military aircraft for the U.S. and countries around the world. Marietta programs included the C-130J Super Hercules, F-22 Raptor, P-3 Orion, C-5M Super Galaxy, and F-35 Lightning II.

Cooper was named Georgia Trend magazine’s 2015 Most Respected Business Leader, the 2015 Woman of the Year by the American Association of University Women, and as one of Georgia Trend’s Most Influential Georgians in 2012-16, 2020, and 2021. She was also named one of Black Enterprise magazine’s Most Powerful Executives in Corporate America in 2017.

She earned a bachelor’s degree in biology and religion from Emory University and an MBA from Emory’s Roberto C. Goizueta Business School. She is also a graduate of the Rutgers University Executive Master's in Global Human Resource Leadership Program. 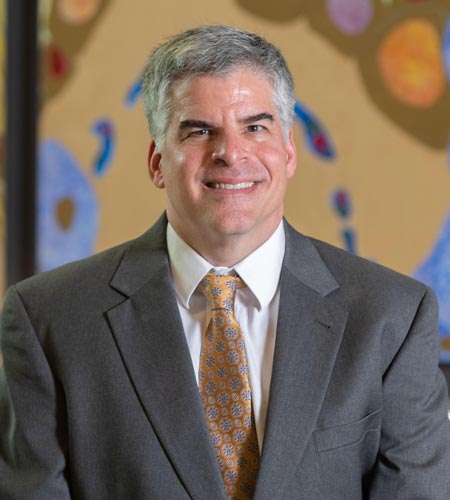 Andrés J. García is the executive director of the Petit Institute for Bioengineering and Bioscience and Regents’ Professor at the Georgia Institute of Technology. García’s research program integrates innovative engineering, materials science, and cell biology concepts and technologies to create cell-instructive biomaterials for regenerative medicine and generate new knowledge in mechanobiology. This cross-disciplinary effort has resulted in new biomaterial platforms that elicit targeted cellular responses and tissue repair in various biomedical applications, innovative technologies to study and exploit cell adhesive interactions, and new mechanistic insights into the interplay of mechanics and cell biology. In addition, his research has generated intellectual property and licensing agreements with startup and multinational companies. He is a co-founder of three startups (CellectCell, CorAmi Therapeutics, and iTolerance). 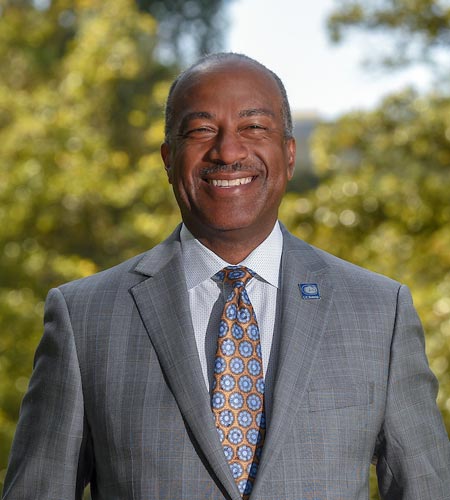 Gary S. May leads the most comprehensive campus in the University of California system, with four colleges and six professional schools. UC Davis enrolls more than 39,000 students, brings in nearly $941 million annually in sponsored research, and contributes at least $8 billion annually to California’s economy.

Throughout his career, May has championed diversity and mentorship in both higher education and the workplace. He developed nationally recognized programs to attract, mentor, and retain underrepresented groups in STEM fields. In 2015, President Barack Obama honored him with the Presidential Award for Excellence in STEM Mentoring. In 2021, he received the prestigious Lifetime Mentor Award from the American Association for the Advancement of Science for demonstrating extraordinary leadership to increase the participation of underrepresented groups in science and engineering.

A prominent voice in higher education, May is a member of the Boyer 2040 Commission, which was created by the Association for Undergraduate Education at Research Universities to design a blueprint for excellence and equity in undergraduate education at U.S. research universities. He serves as vice chair of the Universities Research Association Council of Presidents and sits on the executive committee of the Association of Public and Land-Grant Universities Board of Directors. He is a board member for the American Council on Education, a member of the Task Force on Higher Education and Opportunity, and an advisor for the National Society of Black Engineers.

An accomplished scholar and engineer, May came to UC Davis in 2017 after a three-decade career at the Georgia Institute of Technology, where he was dean of the College of Engineering — the largest and most diverse school of its kind in the nation.

He has won numerous honors for his research in computer-aided manufacturing of integrated circuits. He authored more than 200 technical publications, contributed to 15 books, and holds a patent related to this work. In 2010, he was named an outstanding engineering alumnus of UC Berkeley, where he earned his master’s and Ph.D. degrees in electrical engineering and computer science.

May was inducted into the National Academy of Engineering in 2018 and was elected to the American Academy of Arts and Sciences in 2020. He was selected to be a fellow of the American Society for Engineering Education in 2021. May was recognized by the Sacramento Kings Foundation as a 2021 Dream All Star for his positive impact on the Sacramento region and commitment to championing initiatives that support opportunities for the Black community. He serves on the board of directors for Leidos and the advisory board for the Lawrence Berkeley National Laboratory.

A native of St. Louis, he is married to LeShelle R. May, a software engineer with CNN. They have two grown daughters, Simone and Jordan.